Join 'TICHA TRICK' to Discuss Noun Rule No.6 in The Noun Rule Series 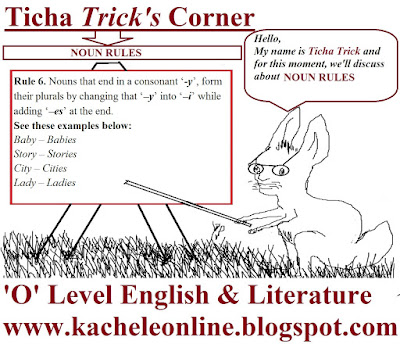 Students' Task
Allow the students to make a list of the words that end in ‘-y’, and allow them to form the plural forms from the list they have made.
Pass through as they work to help them.
At the end, correct their mistakes if there are any and conduct pronunciation drills of the words they have listed. Also, students should be told to be aware of the exceptions and other confusing words.