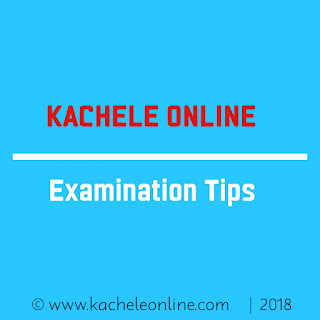 NEW 022 CSEE ENGLISH LANGUAGE EXAMINATION FORMAT 2019
(For Both School and Private Candidates) is a format of the revised version of the 2008 format issued by the National
Examinations Council of Tanzania (NECTA). This new format is based on the
English Language syllabus of 2010. In this format, the emphasis is on using
competence-based assessment approach featuring higher order thinking
skills. Despite the changes made in the format, there are no changes in the
examination content.
The following is a new Form Four English Examination Format that was released in 2019.

4.   All answers must be written clearly in the answer sheets provided.

5.   Cellular phones are not allowed in the examination room.

6.   Write your examination number on every page of your answer sheet(s).

1.   Choose the letter of the most correct answer among the four alternatives given and write its letter against the question number in the answer sheets provided.

(b)  My grandfather has an old-fashioned sword

(c)  I broke my wrist yesterday.

(d) My Uncle has a beautiful lamb

7.   Rewrite the following sentences according to the instructions given after each.

(iii)        When we arrived at town suddenly the rain begun. (Rewrite using: No sooner than)

8.   Write a letter to the editor of the Daily Newspaper complaining about deforestation in your village. Sign your name as SIKUJUA MANYANGA. P.O.Box 331, MPANDA.

Answer only three (3) questions from this section

9.   With reference to two poems, analyse the differences between poetry and other literary genres. (Give three differences from each poem)

10.“Poets write relevantly to their clear message to the intended audience”. By using two poems you have read under this section, show how the poets have successfully portrayed the contemporary issues. (4 points from each poem)

11.By using two (2) novels you have studied show how the titles of those books have a relationship to the message given inside the books. (Give three points from each reading).

12.By using two plays you have read explain how some traditions, customs and beliefs contribute to misunderstanding and underdevelopment in the society. (Give three points from each reading).

NB: We are building one house. Your suggestions are sincerely invited.