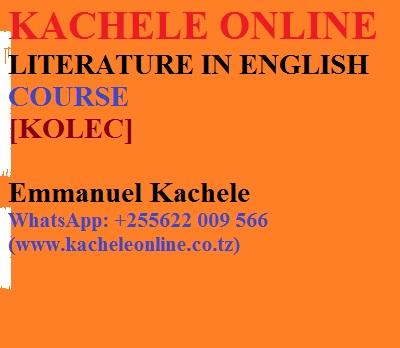 In this section, the following poetic terms will be widely explained:

Parallelism involves the use of a series of words, phrases, or sentences that have similar grammatical structures or that state a similar idea. Parallelism shows the relationship between ideas and helps emphasize thoughts. Also, parallelism or parallel structure helps make lines rhythmic and memorable and heightens their emotional effect.

This is the continuation of a sentence from one line of a poem into another line. Poets often use enjambments to emphasize rhyming words. Enjambment also enables poets to create a conversational tone, breaking lines at points, where people would normally pause in the conversation, yet still maintaining the unity of thoughts.

Melody involves the poet's use of devices that appeal to sounds in poetry.

Rhyme refers to the repetition of accented vowel sounds in words that are close together in a poem. It is also defined as the repetition of identical sounds at the end of consecutive lines at similar intervals in the stanza. For example:

We are on the way,

This way and that way.

In the stanza above, each line ends with -ay to give the sound /ei/.

This is the pattern of rhymed lines/verses. The rhyme scheme is done by assigning the different letters of the alphabet to each new rhyme. See the example below:

the earth has come to end.a

In the above stanza, the rhyme scheme is ab ab, but the previous stanza (in number 24 above) has a rhyme scheme of aa aa.

This refers to the use of language in such a way that it stimulates certain feelings that appeal to any of the five human senses; that is, senses of touch, taste, smell, sight, and hearing. Poetry is rich in imagery than any other literary genre. Imagery is employed by using several devices like;

Simile. It conveys a direct tone and meaning (His house was like a prison);

Metaphor. It conveys an evocative tone (His house was a prison);

Personification. It creates a vivid tone, giving human qualities to inanimate objects conveys a warm tone ( His house kissed his body every day); and

Hyperbole. It creates a humorous tone (His house was a continent of hell).

In the line above, consonant sound /f/ has been repeated at the beginning of each word.

Like rhymes, alliteration adds music to a poem hence, good to listen to.

This is the repetition of consonant sounds, typically within or at the end of non-rhyming words, as in this succession of echoing /d/ sounds in William Butler Yeats' 'The Second Coming':

The blood-dimmed tide is loosed Or The boy blocked the ball by his boot.

And so all the night-tide, I lie down by the side.

In the line above, vowel sound /ai/ repeats in various words.

Like alliteration and consonance, assonance adds musicality and rhythmical effects to the poem.

This refers to the use of a word whose sound imitates or suggests its meaning. There are so many words of this kind, one of them are; buzz, splash, hiss, bark, bang, and so forth. In poetry, onomatopoeic words reinforce the meaning and create evocative and musical sound effects in the poem.

This refers to the musical quality in language produced by repetition. Rhythm occurs naturally in all forms of spoken and written language. Poems written in meter also create rhythm by a strict pattern of stressed and unstressed syllables. Writers also can create rhythm by repeating the grammatical structures, using pauses, varying line length, and balancing long and short words or phrases.

This refers to the analysis of the meter of a line of verse. To scan a line of poetry means to note the stressed and unstressed syllables and to divide the line into its feet, or rhythmical units.

Like drama, poetry also has special features that distinguish it from other genres of literature. For example, verses, stanzas, refrains, and rhymes are not found in either play or novel. These special features of poetry are important for the understanding of poetry in general. They should be learned by heart because they are special and specific for poetry only.

LE TEST 15: Important Poetic Terms and Other Elements of Poetry

(a) Repetition and parallelism

(b) Meter and Foot

(1) The use of a word whose sound imitates or suggests its meaning.

(2) Repetition of accented vowel sounds and all sounds following them in words that are close together in a poem.

(3) Repetition of similar vowel sounds followed by different consonant sounds in words that are close together.

(4) The privilege which poets are given to break the grammatical rules of language.

(5) The continuation of a sentence from one line of a poem into another line.

(6) The repetition of the same or similar consonant sounds in words that are close together.

(7) A character or person who speaks in or narrates in a poem.

(8) A single metrical line in poetry or poem.

(9) A word, phrase, line, lines or group of lines that are repeated at the end of each stanza.

(10) A sum of verses that combine to form a block-like paragraph or group of lines called a stanza.