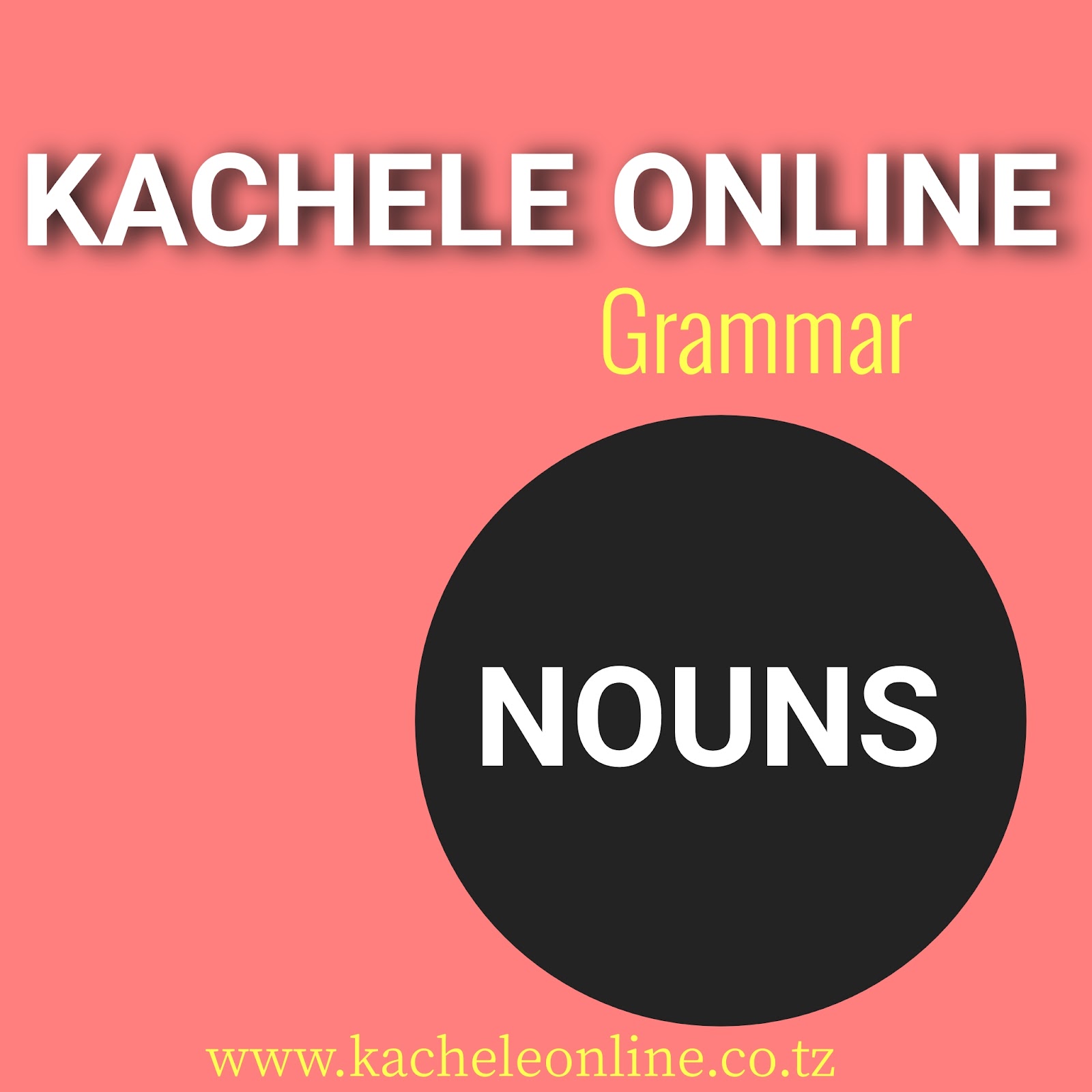 A noun names a person, place, thing or an idea.

There are almost eleven (11) types of nouns. They are:

Common noun refers to the class or type of person, place, or thing without being specific to it.

Examples of sentences: The underlined words are common nouns:

A proper noun is used to name a specific or individual person, place or thing. These nouns begin with a capital letter.

Examples of sentences: The underlined words are proper nouns:

These are kinds of nouns that refer to only one person, place or thing.

An orange is one fruit and a goat is one animal. Other examples are: cat, house, room, knife, coat.

These are kinds of nouns that refer to more than one person, place or thing.

There are two kinds of plural nouns:

Regular nouns can be formed in the following ways:

(a)Singular nouns that end in s, -sh, -ch and x, form their plurals by adding es to the singular.

(c) Most singular nouns that end in o, generally form their plurals by adding es.

(d) Some singular nouns that end in o, form their plurals by simply adding s.

Exceptions: Not all nouns ending in -o should end in -es.

(f) Singular nouns that end in a consonant -y, form their plurals by changing that y into i while adding es at the end.

(g) Most singular nouns that end in f or fe have their plurals by changing -f or -fe into v while adding an -es at the end of the word.

Exceptions: Some nouns end in -f but are only formed by adding -s only.

(ii)Irregular nouns. These are kinds of nouns that involve the change of vowels to make the plural forms.

Examples of sentences. The underlined words are irregular nouns:

These are nouns that you can count. For example, ten cows, people, five students and two rooms.

Uncountable noun is a noun that cannot be counted. You cannot count these nouns and they often refer to substances, liquids, and abstract ideas.

Examples: Milk, air, happiness, water. You can say milks or happinesses in English.

A concrete noun refers to people or things that exist physically and that at least one of the five human senses can detect. These are nouns which can be perceived by five human senses: that is, these nouns can be tasted, touched, seen, smelled, and heard.

An abstract noun is a noun that has no physical existence. These nouns do not physically exist. They also refer to ideas, emotions, and concepts you cannot see, touch, hear, smell or taste.

Compound nouns involve or combine two or more words into one. They can be written as one word joined by a hyphen or written as separate words.

Examples: a collection of coins, a pack of cards, an anthology of poems, a basket of fruits, a bundle of sticks, a ream of paper, a reel of film, a swarm of bees, a herd of cattle, etc.

A possessive noun is a noun that shows ownership, possession or attachment of one thing to another by using an apostrophe (').