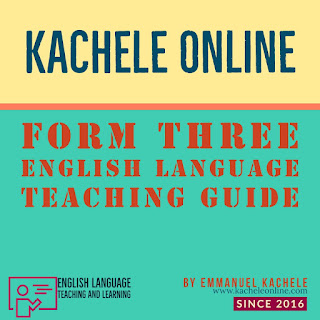 This is a novel that highlights the unacceptability of the evils of Female Genital Mutilation in some African societies. All these evils are practised to the girls whose troubles are mostly unheard by the people and the authorities. The Writer Osman Conteh has this message delivered to all African societies practising this outdated tradition.

Most books are read and analysed with various perspectives or point of views. Analysis of this novel is my point of view on reading it and understanding it. My analysis is not the final! As my fellow teachers we can share various views even contrasting ones so that we can reach the consensus and give the best to our students and meaningful life as well.
ANALYSIS OF UNANSWERED CRIES
INTRODUCTION
The Title. The title of the novel and the book cover all of them symbolizes the content of the book. The title reflects the problems and the challenges even the deaths that happen to the girls when undergoing Female circumcision or FGM. All these evil practices go unheard or ‘unanswered’ by the society where it is practiced. But the novel breaks this silence. The author reveals the symbolism of the title in page 29 of the novel when he says, “The shrieks of the girl were drowned. Her cries went unanswered. Her clothes and pants were torn off her body. She fought like a wild cat, kicking and punching and shrieking and scratching. Without any success”.
The Setting. The setting of the novel is Temne tribe in Sierra Leone. It is technically set in any modern societies where this tradition is practiced including some tribe of Tanzania and other tribes in Africa.
The Plot. The author has narrated his novel’s events in chapters so as to make his plot more interesting and understandable. Thus, the novel is composed of 9 chapters. The following is a plot summary of the novel:
CHAPTER ONE: AT MAKALAY’S HOME (Pages 5-14)
The novel opens as Olabisi and her mother, Makalay are at home. Olabisi while washing clothes, she hears the approaching drummers, singers and dancers, all of them are members of the secret Bondo society. She stops washing clothes and rushes to the mob to take photos with her camera given to her by her father who live in Freetown, the capital of Sierra Leone. Her father had told her to take anything that is interesting while at holiday to her mother who is a Secondary school teacher. Learning of Olabisi’s rushed into the group; Makalay quickly rushes into the group and removes her from it. Then, Makalay warns her on her involvement that it is illegal for her to participate because she is not a member of Bondo society. There is a conflict between them.
CHAPTER TWO: LATER THAT DAY (Pages 15-23)
Olabisi goes to the river to fetch water. As she is there she meets Rugiatu and Salay, the village girls and daughters of Yah Posseh. She wonders how she fails to balance a bucket of water on her head while Rugiatu and Salay can do it comfortably as they walk and talk at the same time. Olabisi is little behind them. She attempts to reach them. As she calls them, she unknowingly calls them ‘gboka’ and they start quarrelling. Rugiatu and Salay are angry after being called ‘gboka’ because that name means ‘uncirmcised girl’ and it is an insult for them because they are circumcised! They put the buckets down and start fighting Olabisi. Olabisi is hit by a heavy object on her head. She faints. Later, she finds herself on Makalay’s arms. She has regained consciousness.
Her mother warns her of the danger she has caused by fighting with Yah Posseh’s daughters. Yah Posseh is the head of the women circumcisers. Suddenly, a crazy mob of women comes in front of Makalay’s house. The mob is led by Yah Posseh herself. Yah Posseh has come to warn and order Makalay that Olabisi should be circumcised in the evening that day at the bondo camp. This is a punishment for what Olabisi has done to her daughters and as a tradition.
Failure to bring Olabisi at the bondo camp, Makalay who is pregnant now will have birth problems. Yah Posseh warns. She is feared by the whole people in this society. After learning the terrible situation, Olabisi decides to run away. Makalay and Dauda, her husband chases her but in vain. As Dauda approaches her, Olabisi takes the bucket she left during the fight with the girls and throw it on Dauda’s feet. Dauda falls down and fails to follow her.
➡️Download Full 'Unanswered Cries' Notes Here!
If you like these notes….


Check out how to Study & Teach other Form Three Sub Topics in this Blog!