This novel is about one beautiful woman known as Ihuoma who has a spirit husband but does not know about it. She is a young woman with an exemplary character who is admired by the entire community where she lives, especially the hunter Ekwueme.

Her spirit husband is very powerful and jealous as well. It kills her first husband, Emenike whom Ihuoma loved dearly. They had two sons, Nwonna and Azubuike. However, suitors soon want her hand in marriage but one thing or the other would happen to the man. The latest suitor, Ekweume, decides to consult the oracles to find out.

The title of the novel reflects the content of the book. All that is happening in the novel truly reflects the cover and the title of the book as well. In the novel, this is proved when Anyika finally reveals; “Ihnoma is a concubine”. the concubine is a woman who cohabits and lives together in a sexual relationship with a man but is not legally married Anyika continues to describe her by saying; “There are few women like that in the world. It is death to marry them and they leave behind a harassing string of dead husbands. They are usually, beautiful, very beautiful, but dogged by their invisible husbands of the Spirit World” (196).

This is the case with Ihnoma. She is the concubine who has a spirit husband known as the sea king. The spirit guards her unknowingly. The string of dead husbands is obvious, especially those who try to marry her. The deaths of Emenike and Madume are the work of this sea king according to Anyika, Ekwe is not exceptional.

The setting of the novel is a pre-colonial Nigerian village where African traditions and customs were still highly practised.

The novel comprises 30 chapters. Hence is a brief description for each chapter:

This chapter explains the conflict between the Emenike and Madume. The reason for the conflict is Madume`s behaviour of land-grabbing and dishonesty. They fight furiously. They are all injured badly but Emenike is the most injured one especially when he hits the jagged stump of a tree and he lays down wriggling weakly. He reaches home badly hurt. Ihuoma hurries and calls her brother-in-law, Nnadi. Soon the whole village knows about the conflict.

The chapter explains that Madume is now in his early 30s. His compound is small and has only two houses. His wife, Wolu is afraid of him all the time. They have four daughters. One of their daughters is called Adanna. Madume bullies his wife together with their four daughters claiming that female children are useless. It also talks about Koko.

FOR FULL ANALYSIS NOTES (pdf) FOR THIS NOVEL; “The Concubine”, contribute TZS 1,000/= Only or 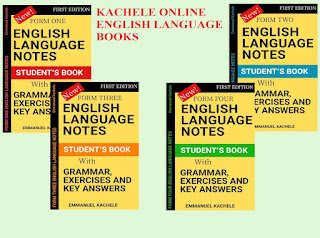