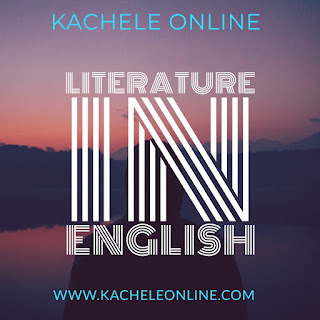 Read this Analysis of 'Houseboy' Part 1
Check out this Novel Analysis: Houseboy - Part 1.
In this Introduction of the novel, ‘Houseboy’, the following novel aspects have been covered:
1. The Author
2. Cover of the Book
3. The Blurb of the book, and
4. The Summary of the Book
1.      THE AUTHOR OF THE BOOK


Ferdinand Léopold Oyono (14 September 1929 – 10 June 2010) was an author from Cameroon whose work is recognized for a sense of irony that reveals how easily people can be fooled. He began writing in French in the 1950s and his anti-colonialist novels like Houseboy (1956 in French and translated into English in 1966), are considered classics of 20th century. Houseboy is his first novel and is considered particularly important in his writing career. Beginning in the 1960s, Oyono had a long career of service as a diplomat and as a minister in the government of Cameroon. As one of President Paul Biya's top associates, he ultimately served as Minister of Foreign Affairs from 1992 to 1997 and then as Minister of State for Culture from 1997 to 2007. He has since also represented his country at the European Common Market and he has been ambassador to Liberia, France and the United States of America. He also worked as the Director General of UNICEF at the United Nations headquarters in New York.
2.      THE COVER OF THE BOOK


The cover of the book has the bolded title 'HOUSEBOY' with compliment from the Punch Magazine beneath it that reads ' very funny and inexpressibly sad'.
The cover of book shows head of a handsome Black boy. On the left side of the black boy's head, there a man's figure that resembles the priest with a white scarf on his neck. In the right side of the boy's head, there are two men's figures partially holding each other’s' hand and are seemingly pulling one another. In the same side below, there is cross.
Generally, the cover of the novel says something about the issues expressed in the novel. The African boy represents the Africans, the priest and the a Cross represents Christianity while the men who are pulling each other may presents the clashes and misunderstanding between the French Europeans and the Africans as they diagreed in various issues during the time of French Colonial rule's Assimilation Policy.
3.      THE BLURB OF THE BOOK


This part of the book shows various information. First it introduces the novel itself. It gives a description on the format in which the novel was written and what is the novel about. It says "Houseboy is written in the form of a diary kept by the Cameroonian houseboy Toundi, an innocent, fascinated and awed by the white world, the world of his masters". The blub of the book goes on to narrate the brief summary of the novel. The novel tells about Toundi, the houseboy who becomes the 'boy' of the local Commandant after the head of Mission to whom the boy belongs is killed. His dream is to improve himself that's why he studies his new world closely. Gradually his eyes are opened to realities. At the end, these realities cause consequences to him and to the Europeans who can't get rid of their boy.
The blurb of the book finishes with the compliment from Eve Burgess, the writer of the Punch magazine.
4    SUMMARY OF THE BOOK


This is a story by a Houseboy written in the first person and in the form of diary entries in two exercise books. It describes the relationship between French colonialists and native Cameroonians during the period of colonisation from a Houseboy's perspectives.

By plot summary, the novel is narrated by the narrator named Frenchman from Cameroon who is given Toundi's things after Toundi's death. This narrator uses two diaries written by Toundi to narrate Toundi's own story to us. This is the special style used by the writer Ferdinand Oyono.
Toundi Oundua is an African boy who lives with his family. Just like many ignorant African children and other people during French Assimilation Policy, he admires European ways of life. Indeed, he wants to be like the Frenchmen. At sometimes he has misunderstanding/conflict with his father and his father's friend. After this conflict, Toundi runs away and is saved by Father Gilbert. He learns many things from his new father and other white men. However, after realising the hypocrisy of the White Frenchmen, Toundi start quarrelling with the White men. Now they consider him a threat after the fact that he has now known most of their evils. Just to silence him, they arrest him for the crimes he didn't commit. He is terribly tortured. They break his ribs, lungs, and puncture his bronchi. They raid and burn his house. The Toundi's eagerness to learn about the White men help more Africans realise the big hypocrisy behind the shadow of French Assimilation Policy. At last Toundi's greediness brings him to the terrible end as prophesied by his mother. With unspeakable injuries all over his body, Toundi is helped by one friend and escape to the island of Spanish Guinea.