LITERATURE QUESTION #11: "Playwrights are best teachers".Discuss this statement with reference to two plays you have done. 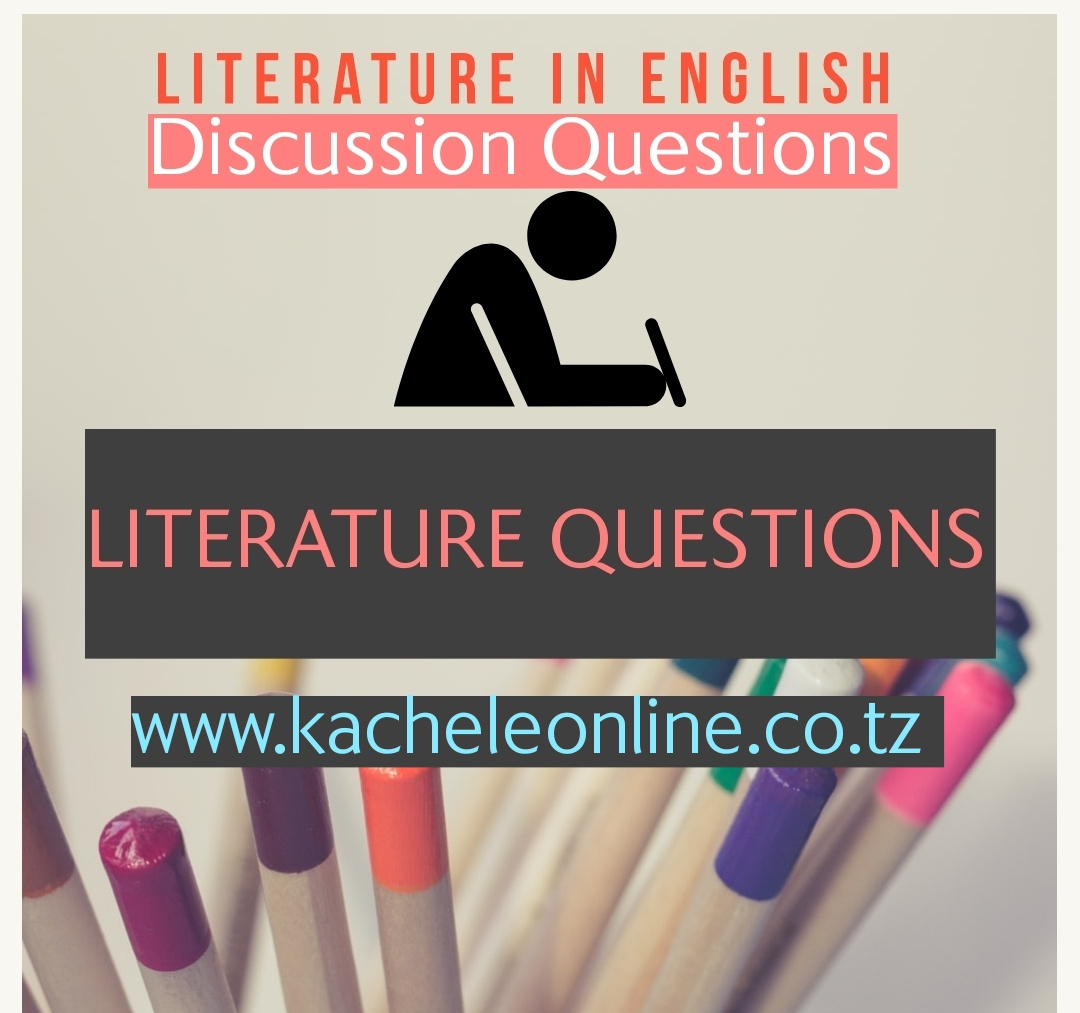 QUESTION
"Playwrights are best teachers".Discuss this statement with reference to two plays you have done.

In The Lion and the Jewel, the Playwright has proved himself as the best teacher of the society  in the following ways:
Corruption causes underdevelopment. Baroka who is a village chairman, is also a corrupt person. He bribes the railway workers in order to make sure that the railway does not pass through the village. The playwright teaches us that the leaders like these are the agents of underdevelopment.
Polygamous life is not worth living. The playwright teaches the people how the polygamous life is not good. For instance, Sidi becomes a victim of polygamy after she sleeps with Baroka.
Jealousy is not a good behaviour. The playwright teaches the society that jealous people can dangerous to others. For example, because of Baroka is jealous of Sidi's popularity, he decides to deceive her so that he can sleep with her. Heartbreakers like Baroka are not acceptable in the society.
Modernity is not easy to accept. Although we claim to live in modern world, there are other people who do not accept the modern ways of living. In the play, Lakunle represents a modern generation and Baroka represents an old generation. Here the playwright teaches us that both old generation and a new one has both advantages and disadvantages.

Apart from The Lion and the Jewel, the Black Hermit's Playwright has shown how best he is when it comes to teaching the society as follows:
Tribalism causes underdevelopment. The playwright portrays how this society has been plunged into tribalism. He shows how bad it is when people live according to the lines of their tribes. Some leaders encourage tribalism. However, the Playwright teaches us to be like Remi and Omage who opposes tribalism strongly. For example, Omange tells Remi: “Yes, deal with tribalism with ruthless vigour”, Act Three, Scene III.
Disunity is a major hindrance to progress. The playwright has portrayed disunity as a major hindrance to the changes in any society. In the play, the playwright teaches us that disunity is mostly caused by tribalism, racialism and religious factions. The playwright insists that people should not fight against each other. Instead, they should unite together for their own progress. Remi strongly opposes disunity and says “Even you, Pastor, you and other Christians must not live isolated. We must link our hands”.
Superstition is not important. Playwright portray superstition in the play especially when we see elders go to the city and drop a medicine wrapped with dry banana leaves in front of Remi. The elders also believe that by using superstition they can bring Remi back. The playwright teaches us that this superstitious belief is caused by ignorance of the people. For instance, Remi himself wonders and says: “These….these….pieces of superstition meant to lure me home! ” (p. 34)
Racial segregation. Racial segregation happens when someone is isolated or segregated because of either their colour or race. In this play, the playwright opposes racism as well. For instance, Remi is accused by Jane for being racist when he says he can’t be with her because she is a white girl. This infuriates Jane and accuses Remi of hypocrisy. He teaches us that racism does not matter and should be opposed by everyone. For instance, Jane tells Remi that: “Do you honestly believe that race matters, that the colour of my skin or yours should form a barrier between people?” Here, Remi is accused of being racist by Jane.
Therefore, it is undeniable truth that Playwrights are the best teachers of our society because they teach us good manners and they instruct us what to do for the benefit of our entire community.