Learn How to Express Condolences in English: With Examples of Condolences for the Late President John Pombe Magufuli (Former President of Tanzania) 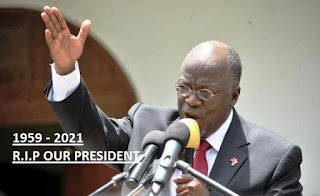 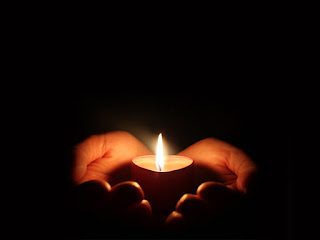 A condolence refers to the expression of sympathy to a person who is experiencing suffering or to the death of his/her relative(s). A condolence message is a message that contains such feeling of pain or loss. Condolences convey the special language and words which are appropriate. You may find it is easier to express condolences in Kiswahili or other languages, but in the English Language, you will have to learn some special sentence patterns to make it right.

Some examples of condolence messages:

Through learning various condolences, you may also be inspired to express your own condolence messages.

Here are some of the English condolence messages from real people who were expressing their condolences to the Late President John Magufuli, the Former President of the United Republic of Tanzania:

"We have lost our courageous leader, the President of the United Republic of Tanzania, Hon. Dr John Pombe Joseph Magufuli. ”

– Samia Suluhu Hassan, President of the United Republic of Tanzania.

“With great sadness on 17th March 2021, at 12 pm we lost President Dr John Pombe Joseph Magufuli who died of a heart attack at Mzena Hospital in Dar es Salaam while undergoing treatment. May God rest the soul of the departed in peace.”

“My condolences on the death of Tanzania’s President, John Magufuli. My sympathies go to his loved ones & all the people of our Commonwealth partner Tanzania.

[4] UHURU KENYATTA – PRESIDENT OF THE REPUBLIC OF KENYA

“The President of the Republic of Kenya who is also the current Chairman of the East African Community, His Excellency Uhuru Kenyatta, will shortly make a televised address on the passing away of President Dr John Joseph Pombe Magufuli fo the The United Republic of Tanzania.”

– The United Republic of Kenya.

“I have, with great sadness, learnt of the death of His Excellency John Pombe Magufuli. He was a pragmatic leader who believed in and worked for the economic empowerment of East Africans. We join Tanzania in mourning the passing of a great son of Africa. May his soul rest in peace.”

“The Head of State, Félix-Antoine Tshisekedi Tshilombo learned with great sadness of the the disappearance of his counterpart and brother, Mr John Magufuli, President of Tanzania.”
- President of RDC (@Presidence_RDC) March 17, 2021

“On my behalf and on behalf of the Government and the nation of Somalia, I would like to extend our heartfelt condolences to the United Republic of #Tanzania on the loss of President John Magufuli. We wish the nation and the Government patience and stability in this period of prayer and mourning.”

"It's a blow to Africa. President Magufuli was a great symbol of the economic recovery of Africa and his death is a great blow to this continent."

"We are saddened by the loss of my brother and friend, President Magufuli, his contribution to his nation and to the African continent will never be forgotten. My sincere greetings go to the family and Tanzanians. Rwandans are with Tanzanians at this difficult time.”

“My deepest condolences to the family of His Excellency President John Magufuli and the people of Tanzania. Africa mourns with you. May his soul rest in peace.”

"South Africa joins the government and people of Tanzania in this difficult time."

“South Africa is united in grief with the government and people of Tanzania following the passing of His Excellency President @MagufuliJP. I spoke to the Vice-President Her Excellency Samia Suluhu Hassan, to express our deepest condolences as they go through this difficult moment.”

[12] MOHAMMAD BUHARI – THE PRESIDENT OF NIGERIA

"The legacy of patriotism and dedication to Africa will continue to be remembered throughout the continent. He spent most of his life serving the nation and humanity.”

“I have just spoken over the phone with President-Elect of Tanzania @SuluhuSamia and offer condolences following the death of President @MagufuliJP as officially announced today by the Vice President.”

“My heartfelt condolences to the people of The United Republic of Tanzania on losing President John Pombe Magufuli. Eternal repose.”

[15] JOB NDUGAI – SPEAKER OF PARLIAMENT OF UNITED REPUBLIC OF TANZANIA

"We have lost our beloved President who is committed to serving all Tanzanians with integrity, competence, diligence and a patriotic spirit of the highest order. On behalf of Parliament, I extend my condolences to Janeth Magufuli and the family of the deceased, the vice president and all Tanzanians following this a tragic national tragedy. ''

“The Tanzania Football Federation (TFF) has suspended all its domestic matches for two weeks.

The decision was made to unite with all Tanzanians in mourning the tragedy of the President of the United Republic of Tanzania, His Excellency John Pombe Magufuli.

Also, all TFF members are required to adhere to these guidelines.”

“I have a cold from head to toe but God forbid. God will reward you for your many good deeds. Keep you in a good place.”

“We lived in the same village. We were in the same class and sat at the same desk. In his early life, until he became president, we were together and he was my friend. Whenever he needed advice he would call me and we would talk. When we were kids we had a really close and supportive relationship and we really enjoyed reading. This helped us get to where we were. I became a teacher and he also became a teacher but eventually decided to leave the profession and serve the country."

'' We lived in the same village of Rubambangwe and we all studied at Chato Primary School. And later we met at Lake Mwanza High School.  He was a very good student in the classroom , especially in science. We found science subjects difficult especially mathematics. But he was very good at math and this is what motivated him to do science. That's how I know him.”

Our prayers are with you always!

May God rest you in eternal peace!”

“Our heartfelt condolences to the family, friends and people Of Tanzania following the sudden demise of President John Pombe Magufuli.”  #RIPMagufuli pic.twitter.com/4fwctSBYZT