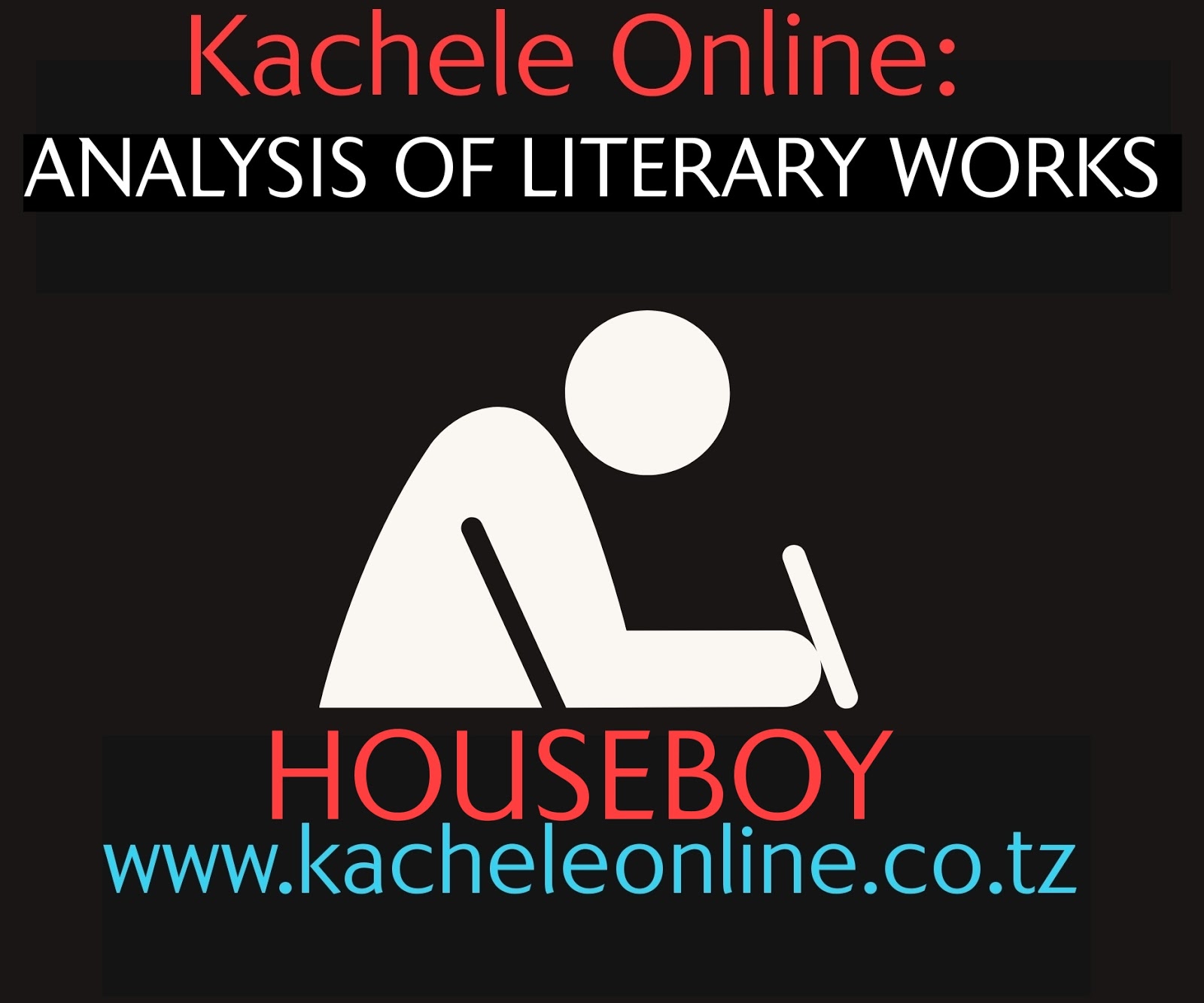 Characterization is the writer’s process of creating characters in the story. In literary works, characters are often imaginary who are created out of author's imagination. It also involves identifying the characters in a story and analyzing their physical, emotional, and psychological traits.
In the novel, Houseboy, the author has successfully created the following characters: