PARTS OF SPEECH: A SUMMARY 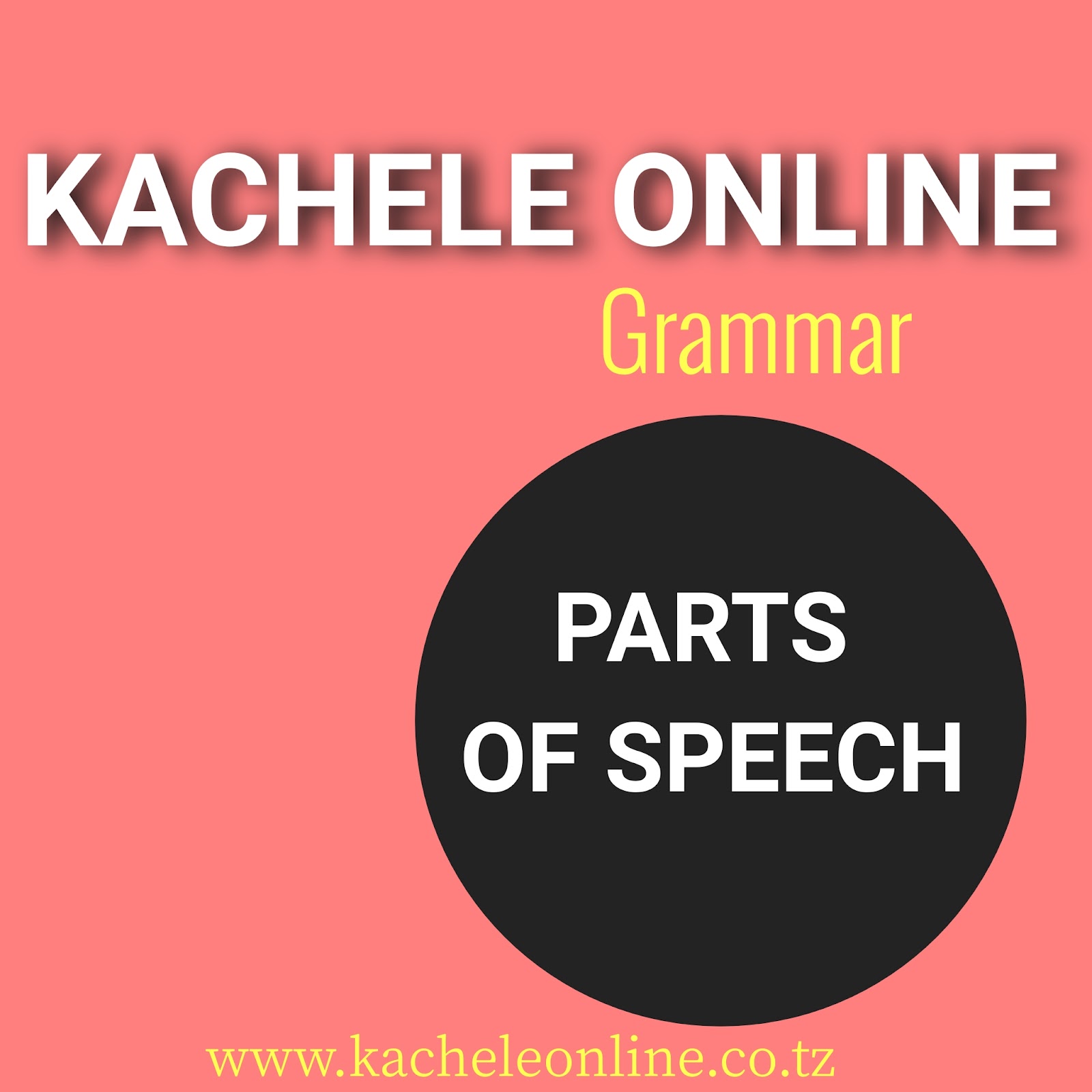 INTRODUCTION
In English, there are eight parts of speech. They are: noun, pronoun, verb, adjective, adverb, preposition, conjunction, and interjection. The aim of each part of speech is to indicate how the word functions meaningfully and grammatically within the sentence.
An individual word can function as more than one part of speech especially when it is used in different circumstances. For example:
The word surprise can be used as:
(1)Verb as in: You have surprised me.
(2)Noun as in: I have a surprise for you.
Also an individual word can be used with more than one meaning within the same part of speech. For example:
The word 'tick' can be used as:
(1)Noun meaning an insect.
(2)Noun meaning a sign like this (√)
Just like tenses, parts of speech are also essential in understanding any language.

PARTS OF SPEECH AT A GLANCE:
1. NOUN
A noun is a word that names a person, place, thing, or idea.
Nouns can do the following:
(1) Nouns can be singular or plural.
(2) Nouns can be concrete or abstract.
(3) Some nouns are used with articles (the, a, an).
(4) Proper nouns always start with a capital letter; but common nouns do not.
(5) Nouns show possession by adding s as in: student's book.
(6) A noun can function as a subject: Students are in the class.
(7) A noun can function as an object: They have won the match.

2. PRONOUN
A pronoun is a word that is used in the place of a noun, i.e, it is used instead of a noun. A pronoun is usually substituted for a specific noun, which is called its antecedent.
Pronouns can do the following tasks:
(1) Possessive pronouns indicate ownership as in: Sada's car. It is her car.
(2) Personal pronouns refer to specific persons or things as I, he, and she.
(3) Reflexive pronouns are used to emphasize another noun or pronoun as in: He did it himself.
(4) Demonstrative pronouns identify and point nouns as in: This house, that car.
(5) Relative pronouns introduce a subordinate clause as in: The lady who is wearing a black gown is in the house now.

3. VERB
A verb expresses an action or a state of being in a sentence. Verbs are mainly divided into main verbs and helping verbs.
One important feature of a verb is that it must agree with its subject in number (both are singular or both are plural). For instance:
(1) Shaibu is coming. (Singular singular)
(2) Shaibu and Kazole are coming. (Plural plural)

4. ADJECTIVE
An adjective is a word that is used to modify or describe a noun or a pronoun.
Most adjectives usually answer the following questions:
(1) which one as in: That car, the blue colour is my favourite.
(2) what kind as in: Hot drinks, beautiful woman, or
(3) how many as in: Three students, many people.
(4) Articles (a, an, the) are also classified as adjectives.

5. ADVERB
An adverb is a word that describes or modifies a verb, an adjective, or another adverb. Adverbs do not modify nouns.
Most adverbs usually answer the questions:
(1) when: He came last.
(2) where: She moved forward.
(3) how: He fell suddenly.
Adverbs often end in '-ly' such as slowly, carefully, etc.
(4) Other adverbs do not end in '-ly' such as well, towards, etc.

8. INTERJECTION
An interjection is a word that is used to express emotion. It is often followed by an exclamation point (!).
Examples:
- Oh my dear!
- Wow! That was fantastic!